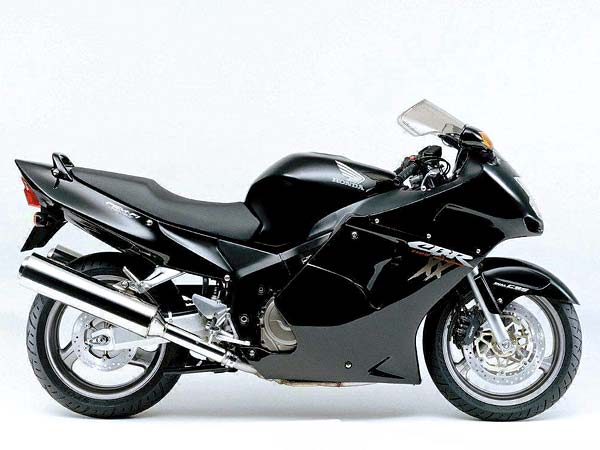 CBR1100XX Blackbird, launched in 1996, was the world's fastest production motorcycle at the time. The Blackbird cultivated reputation as a powerful, fast, and reliable sports motorcycle. Although its status of the fastest bike was taken by Suzuki Hayabusa, its production continued and was halted only in late 2007. The Blackbird was a founding motorcycle in the hyper sports touring niche market. While riding this bike, one can have awe-inspiring experience of its strong acceleration.

Design
The Blackbird was the result of Honda's relentless effort to produce the ultimate superbike with awesome performance. Thanks to the unique design, the bike facilitated excellent aerodynamics. It achieved a small frontal area and one of the lowest effective coefficients of drag in motorcycling. The design also ensured a remarkably high level of wind protection and rider comfort. The bike boasted of ultra-low vibration at all speeds, provided by a new dual-shaft balancer.

Technical Features
The CBR's dual-spar diamond-configuration aluminum frame featured a triple-box-section extruded aluminum swingarm that ensured exceptional rigidity without excessive size and weight. The swingarm was supported by a standard Honda Pro-Link rear suspension system featuring an HMAS rear damper. On the braking front, Honda's Linked Braking System (LBS), first used in the 1993 CBR1000F and completely revised on the 1996 ST1100, simultaneously engaged both front and rear brakes when either the front brake lever or rear brake pedal was employed.

Blackbird Journey
Production of the Blackbird began in 1996 and ended in 2007. The bike was last imported to North America in 2003. It underwent major changes in 1999, when Honda switched from carburetion to PGM fuel injection. The bike saw several other modifications in 1999. In 2001, an LCD instrument cluster was put on the Blackbird. Thereafter only the color schemes were changed.