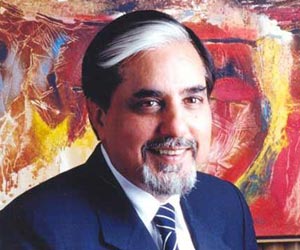 Subhash Chandra is the founder of Zee TV, India's first private TV channel. This onetime rice trader from Hissar, Haryana has today transformed into a media baron and his other interests include packaging, theme parks, lotteries and cinema multiplexes.

Subhash Chandra launched Zee Telefilms Limited in October 1992 as a content supplier for Zee TV - India's first Hindi satellite channel. Subash Chandra was the first in India who sought to harness the huge business potential of satellite television channels. Before the launch of Zee TV viewers in India were under the firm grip of Doordarshan, the state-controlled terrestrial network. It was Subhash Chandra's vision that helped give birth to the satellite TV industry in India and inspired others to follow suit.

After the launch of Zee TV, he commenced Siticable operations in 1995 and also started a joint venture with News Corp. In 1995, he launched two new channels, Zee News and Zee Cinema. In 2000, Zee TV became the first cable company in India to launch Internet over Cable services. In 2003, Zee TV became the first service provider in India to launch Direct to Home (DTH) services. In a short span of time Zee TV has become a big media and has give tough competition to international media moghuls such as Rupert Murdoch.

Subhash Chandra's meteoric rise in the past decade is somewhat similar to the rise of Dhirubhai Ambani in 1980s and 1990s.