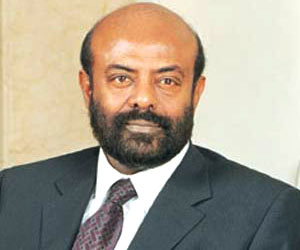 Originally hailing from Moolaipozhi Village,Trichendur,Tutocorin District, Tamil Nadu, Shiv Nadar moved to Delhi in 1968. He worked as an engineer with DCM Ltd. But the entrepreneur in Shiv Nadar wanted to set up his own business. Therefore, he along with six of his colleagues launched a firm making office products like copiers.

In late 1970s, when IBM quit India, Shiv Nadar's HCL stepped in to fill the vacuum. In 1982, HCL came out with its first computer. Today, HCL derives 80% of its revenue from computers and office equipment. HCL has also been spreading its global reach. Its Singapore subsidiary, Far East Computers, achieved a breakthrough in imaging technology, which, among other applications, enables computers to read handwritten tax returns.

HCL has adopted innovative practices to achieve growth. In the U.S, a software subsidiary, HCL America, has reaped huge dividends by taking advantage of global time zones. Every morning, the company's Chennai office receives software assignments from the U.S, just after work stops there for the night. A team of Indian engineers, with salaries much lower than those of their American counterparts, complete the jobs and send them back in the evening.

In a short span of time, Shiv Nadar has reached pinnacle of success by his hardwork, vision, and entrepreneurial spirit.