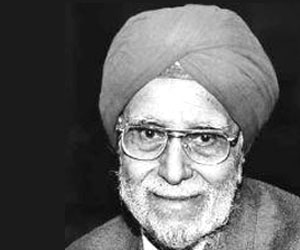 Bhai Mohan Singh was born on December 30, 1917 in Rawalpindi district. His father Bhai Gyan Chand was a Hindu and his mother Sunder Dai was a Sikh. Bhai Mohan Singh began his business career in the construction business during the Second World War. His firm bagged a contract to build roads in the North East. After Partition, he left Rawalpindi and settled down in New Delhi.

Bhai Mohan Singh started business as a moneylender. Ranbaxy was started by his cousins Ranjit Singh and Gurbax Singh. Ranbaxy's name was a fusion of Ranjit and Gurbax's names. They were distributors for A. Shionogi, a Japanese pharmaceutical company manufacturing vitamins and anti-TB drugs. When Ranbaxy defaulted on a loan, Bhai Mohan Singh bought the company on August 1, 1952, for Rs 2.5 lakh.

Bhai Mohan Singh collaborated with Italian pharma company Lapetit Spa and later on bought it. Bhai Mohan Singh made his mark in the pharmaceuticals industry in the late 1960s when he launched his first superbrand, Calmpose.

Calmpose was an imitation of Roche's valium. But Roche had not patented it in India. In early 1970s when Indian adopted a regime of process patents in the Bhai Mohan Singh quickly realised that one could make any product in the world through reverse engineering. He established an R&D facility at Mohali and launched one blockbuster pill after the other, such as Roscillin, Cifran etc.

With liberalisation differences arose between Bhai Mohan Singh and Parvinder Singh over the expansion and professionalisation strategy of Ranbaxy. Subsequently, in 1999 in a boardroom coup of sorts Bhai Mohan Singh was forced to bow down and Parvider took over the company. This broke Bhai Mohan Singh's spirit and he retired from active company affairs. He died on March 27, 2006.