Jim Corbett was a famous hunter, conservationist and naturalist. He wrote a number of books describing his hunts and experiences. Know more about his life & works in this brief biography.
Home : Indian Literature : Indian English Literature : Authors : Jim Corbett

Jim Corbett, a colonel in the British Indian Army, was best known for being a hunter, conservationist and naturalist. He held the honor of killing many man-eating tigers and leopards in India, especially the United Provinces (now the Indian states of Uttar Pradesh & Uttarakhand). Being a multi-faceted personality, he was also avid photographer and an author. In fact, after his retirement, Jim wrote a number of books on wildlife, describing his hunts and experiences, the most prominent ones being 'Maneaters of Kumaon' and 'Jungle Lore'. He is also credited for speaking on the need to save wildlife from extinction. For this very reason, the Corbett National Park in Kumaon has been named after him. To know more about Corbett, continue reading this insightful biography on him.

Personal Life
Jim Corbett was born as Edward James Corbett, on 25th July 1875, in Nainital, near the Kumaon foothills of the Himalayas, in the United Provinces (now in Uttarakhand). He was the eighth child of Christopher and Mary Jane Corbett, and had an Irish ancestry. They moved to Nainital in 1862, when Christopher was appointed as its postmaster. They owned a cottage in Kaladhungi, Nainital. Jim lost his father when he was very young and was brought up by his mother. Since a very tender age, he developed a love for the forests and their wildlife, especially those around his home in Kaladhungi.

In his free time, Jim used to make frequent trips to the nearby forests and gradually, he came to identify most of the animals and birds present there, by their calls. He developed excellent trekking as well as hunting skills. In the meantime, Jim attended Oak Openings School (later renamed Philander Smith College) and Sherwood College, Nainital. After completing his education, he joined Bengal and North Western Railway, initially working as a fuel inspector at Manakpur (Punjab). Later, he worked as a contractor at Mokameh Ghat (Bihar).

Major Work
Tiger Hunts: Initially, Jim Corbett indulged in regular hunting and fishing. However, with time, he started shooting the big game with camera, rather than rifles. As his love for wildlife photography grew, he vowed never to shoot tigers and leopards unless they turned man-eater or threatened cattle. In 1911, his hunt for man-eating tigers 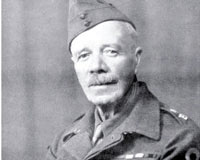 and leopards began and came to an end in 1938. During this time, he hunted at least a dozen man-eaters, who had killed more than 1500 people, men, women and children combined.

Jim used to hunt alone, taking great personal risk, since he knew that man-eaters are quite capable of stalking and killing the hunter as well. His sole companion was a small dog named Robin, about whom we see much information in his first book 'The Maneaters of Kumaon'. Jim's most noted kills are the Champawat Tiger, the Leopard of Rudraprayag, the Tigers of Chowgarh and the Panar Leopard. He has shot 19 Tigers and 14 Leopards i.e. he has a total of 33 recorded and documented kills.

Conservationist: Apart from being a renowned hunter, Jim Corbett is also known for being a pioneer conservationist. He was constantly engaged in giving lectures at local schools and societies, to make people aware of the necessity to conserve natural beauty, including forests and their wildlife. He helped create the Association for the Preservation of Game in the United Provinces (now Uttar Pradesh), and the All-India Conference for the Preservation of Wild Life. Jim also helped create Hailey National Park, which was later renamed in his honor.

Accolades
Jim Corbett's Man-eaters of kumaon was considered as a big success in India, England and United States. It was translated in more than 27 languages. The national park in Uttarakhand, India was renamed, as 'Jim Corbett National Park', in his honor in 1957. It was because he did a lot of work in protecting this natural area. Also, the Indochinese Tiger, an endangered subspecies of tigers, was named after him as 'Corbett's tiger', in the year of 1968. In 1948, his famous book Man-Eaters of Kumaon was adapted into a Hollywood movie by director Byron Haskin. The movie starred stars like Sabu, Wendell Corey and Joe page. The movie was not a success. Other adaptations include BBC's documentary-drama called the Man-eaters of India in 1986. Frederick Treves played Jim Corbett in the docudrama. A TV movie was also produced, inspired from The Man-Eating leopard of Rudraprayag, in the year of 2005.

Later Life & Death
After the independence of India, in 1947, Jim Corbett went to Nyeri, Kenya, where he settled along with his sister Maggie. There, he continued to write and make people aware of the declining numbers of jungle cats and other wildlife. He spent the rest of his life in Kenya only. On 19th April 1955, a few days after writing his sixth book 'Tree Tops', Jim died of a heart attack. He was buried at St. Peter's Anglican Church in Nyeri.