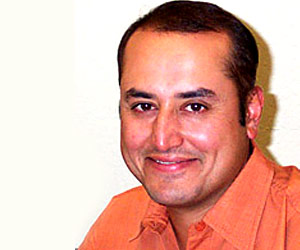 Born: 1969
Achievements: One of the co-founders of Hotmail; Named by TIME as one of the "People to Watch" in International Business (2002)

Sabeer Bhatia is one of the poster boys of Indian success story at Silicon Valley. He is better known as the man who co-founded Hotmail. He later sold it to Microsoft for $400 million and today Hotmail is the world's largest e-mail provider, with over 50 million registered users.

Sabeer Bhatia was born in 1969 at Chandigarh. He comes from a humble background. His father was an army officer and his mother worked with the Central Bank of India. Sabeer Bhatia had his earlier schooling at Bishop Cotton's School in Pune and later on at St Joseph's College in Bangalore. After passing out from school he joined the Birla Institute of Technology (BITS) at Pilani. At Pilani, he qualified to try for a transfer scholarship at Cal Tech, considered to be the world's most competitive scholarship. Sabeer Bhatia was the only applicant in the entire world in 1988 to get a passing score of 62.

In 1988 Sabeer Bhatia came to America and completed his B.Sc. with honours and earned a master's degree in electrical engineering from Stanford University. In 1992, while working on his Ph.D., Sabeer dropped out and joined Apple Computers as a systems integrator. He worked for Apple Computer for a year. Then he worked for another startup, Firepower Systems Inc. In 1995, Sabir Bhatia co-founded Hotmail Corporation along with Jack Smith, a colleague at Apple Computers. They launched pioneering web-based e-mail service Hotmail. At the end of 1997, he sold Hotmail to Microsoft for $400 million. Sabeer Bhatia t worked for Microsoft for a year until March of 1999, and then in the middle of 1999 he founded Arzoo.com

Arzoo.com was supposed to be a real-time marketplace for technology related solutions and support. It was envisaged as a platform that would enable engineers, developers and scientists from around the world to monetise their expertise on the one hand, and enable corporations to improve the productivity of their employees on the other. Sabeer Bhatia's vision was to make Arzoo.com, the world's largest human network of intellectual capital. But Arzoo.com failed with the burst of dot-com bubble. In 2006 Sabeer Bhatia relaunched Arzoo as a travel portal. Sabeer Bhatia has also started a new venture called BlogEverywhere with co-founders Shiraz Kanga and Viraf Zack.

Sabeer Bhatia has won several honors and awards. These include: "Entrepreneur of the Year," award by the venture capital firm Draper Fisher Jurvetson (1997); and "TR100" award, presented by MIT to 100 young innovators who are expected to have the greatest impact on technology in the next few years. He was named by TIME as one of the "People to Watch" in International Business (2002)