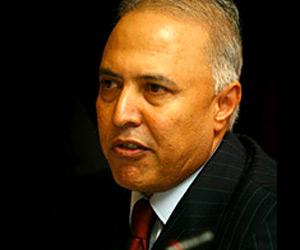 Arun Sarin is the Chief Executive Officer of the British based global mobile telecommunications company Vodafone Group Plc. He is one of the few Indians to head a global multi national company.

Arun Sarin was born on October 21, 1954 at Panchmari, Madya Pradesh. His father was an army officer and Arun Sarin did his schooling from military boarding school in Bangalore. After schooling, Arun Sareen joined IIT Kharagpur and graduated in 1975. In 1977, he did his MS in Engineering from University of California, Berkeley and subsequently did his MBA from the same university in 1978.

In 1995, Arun Sarin followed his mentor Sam Ginn to a newly formed wireless-communications company, AirTouch Communications. He was President and Chief Operating Officer of AirTouch from February 1997 to June 1999. In 1999, AirTouch and Vodafone, a large British wireless communications company joined hands to create Vodafone-AirTouch. Arun Sarin was made chief executive of the newly formed corporate entity. In April 2000, Arun Sarin resigned from Vodafone-AirTouch and took the CEO position at InfoSpace, an Internet infrastructure company based in Bellevue, Washington. As CEO Arun Sarin led the merger of InfoSpace and Go2Net, a consumer-portal company, for approximately $4 billion in a stock swap.