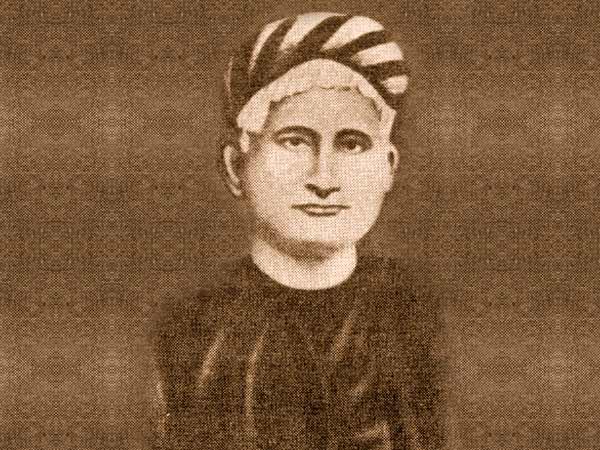 Composed by Bankim Chandra Chatterji in Sanskrit, the song Vande Mataram was primarily conceived to serve as a motivation to the people in their freedom struggle. Though it was penned down in 1876, the first publication emerged in the year 1882 in 'Anandamatha' amidst doubts of a ban by the British Raj. Sharing an equal status with Jana-gana-mana (National Anthem of India), the song was first sung in the 1896 session of the Indian National Congress. Vande Mataram served as a voice against British rule during the freedom struggle. Initially, people with patriotic fervor flocked the streets of Calcutta and other metropolis, shouting the slogan 'Vande Mataram' or 'Hail to the Mother (land)!'

Terrified by the impending danger, British banned the expression of song and imprisoned freedom fighters, who disobeyed the command. Vande Mataram initially served as the National Anthem of India, but later Jana-gana-mana was adopted as the anthem of independent India. This was because the Muslim sect in India felt that the song was biased, as it depicted the nation as 'Ma Durga', a Hindu Goddess. Though Vande Mataram aptly illustrated the pre-independence national zeal and passion, it was espoused as the National Song of India. In the following lines, we have provided the wordings of the National Song of India and its English translation.

Mother, I bow to thee!
Rich with thy hurrying streams,
bright with orchard gleams,
Cool with thy winds of delight,
Dark fields waving Mother of might,
Mother free.

Glory of moonlight dreams,
Over thy branches and lordly streams,
Clad in thy blossoming trees,
Mother, giver of ease
Laughing low and sweet!
Mother I kiss thy feet,
Speaker sweet and low!
Mother, to thee I bow.

Who hath said thou art weak in thy lands
When the sword flesh out in the seventy million hands
And seventy million voices roar
Thy dreadful name from shore to shore?
With many strengths who art mighty and stored,
To thee I call Mother and Lord!
Though who savest, arise and save!
To her I cry who ever her foeman drove
Back from plain and Sea
And shook herself free.

Thou art wisdom, thou art law,
Thou art heart, our soul, our breath
Though art love divine, the awe
In our hearts that conquers death.
Thine the strength that nervs the arm,
Thine the beauty, thine the charm.
Every image made divine
In our temples is but thine.

Thou art Durga, Lady and Queen,
With her hands that strike and her
swords of sheen,
Thou art Lakshmi lotus-throned,
And the Muse a hundred-toned,
Pure and perfect without peer,
Mother lend thine ear,
Rich with thy hurrying streams,
Bright with thy orchard gleems,
Dark of hue O candid-fair

In thy soul, with jewelled hair
And thy glorious smile divine,
Lovilest of all earthly lands,
Showering wealth from well-stored hands!
Mother, mother mine!
Mother sweet, I bow to thee,
Mother great and free!