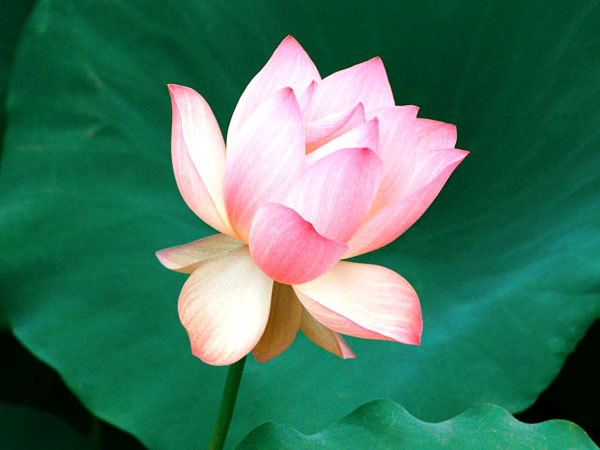 Lotus, botanically known as the Nelumbo Nucifera is the national flower of India. The Lotus plant is basically an aquatic plant with wide floating leaves and bright aromatic flowers which grow only in shallow waters. The Lotus plant has floating leaves and flowers. It has long aerated stems. The lotus flowers are extremely beautiful with an overlapping proportional motif of petals. It is considered to be a sacred flower and occupies unique position in the art and mythology of ancient India. This flower has been an auspicious symbol of Indian culture since time immemorial.

Choice of Lotus As National Flower
The Lotus Flower symbolizes divinity, fertility, wealth, knowledge and enlightenment. It is also regarded as a symbol of triumph as it can survive to regerminate for thousands of years. Lotus represents long life, honor, and good fortune. Untouched by the impurity despite growing in mud, the flower is also meant to symbolize the purity of heart and mind. It holds additional significance for Hindus, as it is regarded as the symbol of many Gods and Goddesses and is often used in religious practices. It was because of these noble meanings and cultural significance that made the founding fathers of modern India enshrine the lotus in the Constitution as the National Flower.

Cultural Significance of Lotus
From ancient times the lotus has been considered to be a sacred symbol in Asian traditions representing sexual purity. It is also regarded as the symbol of purity and divinity by several religions. Hindus relate it to their Almighty, Vishnu, Brahma, Lakshmi and Sarasvati who are often depicted sitting upon this pious flower. As Lotus also stands as the symbol of divine beauty, it is used as a symbol to describe the beauty of Lord Vishnu by referring him as the 'Lotus-Eyed One'. In the Hindu Mythology, the unfolding petals of Lotus signify the expansion of the soul. As the Lotus carries piousness despite growing from the mud, it is said to represent a caring spiritual promise. The Buddhists consider the Lotus Flower to be sacred and auspicious as the flower stands for faithfulness in their religion. The lotus plant has also been cited as a sacred flower extensively in the ancient Puranic and Vedic literature.