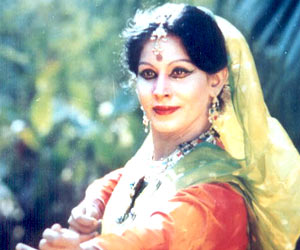 Shovana Narayan has given an entirely new dimension to dancing. She is an accomplished dancer, whose facial expressions complements her dance and makes her performance simply outstanding. Her choreographic works have not only been well acclaimed in India, but are also highly praised overseas. Read on to know the complete life history of Shovana Narayan.

She has worked in collaboration with a number of prominent national and international musicians as well as dancers. Her notable works include "Moonlight Impressionism" and "The Dawn After". She has worked in close association with dancers from Western classical ballet and American tap dancer. She has given various dance performances with dancers of other Indian classical dance forms. Her repertoire encompasses movies like Akbar's Bridge (Hindi) "Das Geheimnis des Indisches Tanz" (German) and operas such as "Ghalib ki Dilli" and 'Wicchare Pani'.