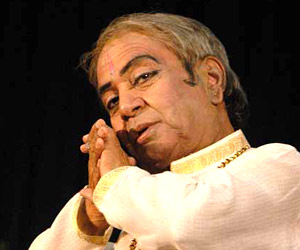 Pandit Birju Maharaj alias Brij Mohan Nath Mishra was born on February 4, 1937. He took training in Kathak under the guidance of his father, Achchan Maharaj and uncles Lacchu Maharaj and Shambhu Maharaj. Birju Maharaj gave his first performance at the young age of seven at Lucknow and after that there was no looking back.

Birju Maharaj taught at Sangeet Bharati, Bharatiya Kala Kendra and headed the teaching faculty Kathak Kendra in Delhi till his retirement in 1998.