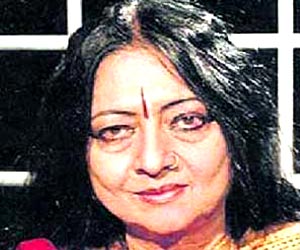 After completing her basic learning at Kalashetra, she took further training from renowned exponents such as Thanjavur Kittapa Pillai, Dhandayudhpani Pillai, Kanchipuram Ellapa Pillai, and Mylapore Gouri Amma. She went on stage for the first time in the year 1957 in Chennai. She won the hearts of people with her charisma and heart throbbing performance. Read on to know the complete life history of Yamini Krishnamurthy…

By the year 1960, she had set up her foothold in this industry and earned a name for herself. Her name appeared in the list of leading dancers of India and she has strived hard to maintain that position till date. She has been giving wonderful performances for the past four decades. She also has made an immense contribution in popularizing the Kuchipudi dance. Her dance performances brought international recognition to classical folk dances of India.

During her long career, she has won many accolades such as Padmashri (1968), Sangeet Natak Academy Award (1977) and Padma Bhushan (2001). She was also honored with the title of `Asthana Narthaki'. She has been pursuing an active career. She produced a TV serial for Doordarshan, which was based on the Indian dance styles. She also wrote an autobiography titled "A Passion for Dance". In the year 1990, she established the 'Yamini School of Dance' in New Delhi, where she teaches dance to the budding stars of tomorrow.