Indian economic history is all about the development of the economy from ancient times to the present. The economic history of India can be traced back to the time of ancient Indus Valley civilization. Humans learned how to settle at one place instead of being nomads. Due to the fertile lands, they learnt how to cultivate and do farming. Slowly they made farming tools, domesticated animals, invented the plough, etc. With the discovery of metals, tools were made out of metals like copper, bronze, tin, etc. Read here about the economic history of India in brief.

The Indus Valley Civilization had a flourishing economy with the introduction of agriculture. Very soon, they found out trade routes and developed trade links with Middle East countries. The main economic activity of people during the Vedic Age was agriculture. With time, they started to go towards urbanization and many urban centers started to develop in the north of India. This boosted economic growth and India started to have trade relations with the Roman Empire and South East Asia. 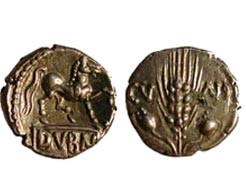 With further developments in agriculture, small industries like textile, crafts and food processing started to develop. Many other small employees and workers came into light like barbers, carpenters, doctors , goldsmiths, weavers, etc. By this time, coins came into use and were used for purchasing materials. In the villages, barter system was widely prevalent. As time went by,caste system came into existence and the profession of a person was decided by the caste in which he was born. This was much prevalent during the rule of Indian kings and princes. This formed a hierarchy in the society which became stronger by the day.

With foreign invasions like that of Turks and Mughals in India, the wealth of India was plundered time and again. Yet, India never ran out of royal riches and was known as the Golden Bird. This is what attracted foreign rulers to come and establish their kingdoms in India. The wealth was accumulated by exporting exotic items like spices, Kashmiri shawls, textile and handicrafts, muslin, etc. in exchange for gold and silver. During the medieval age, the Mughals and other emperors encouraged the growth of small scale industries like pottery and handicrafts.

The Europeans came to India in the 16th century to develop their trade prospects with India. They completely changed the face of trade and commerce in India. The Europeans were interested basically in spices, ethnic handicrafts, cotton etc. Among the various European nations, the British proved themselves to be the strongest and broke the Dutch monopoly of trade in India. The British got political control and began to exploit Indian resources and India was drained of its wealth badly. The industrial infrastructure was in a pathetic state after 200 years of British rule in India. Small scale industries suffered badly and were facing near extinction.

Independence was gained after much efforts and sacrifices by great people. After independence India began to plan carefully its needs and resources. Planned economic development was the call of the hour. The focus was on developing large scale and heavy industries. The state controlled the economic policies of development. A blend of liberalization, privatization and globalization was pursued to achieve desired results. The economy was essentially mixed in nature with a blend of capitalism and socialism that has led India to the present state.