This article has tried to bring across the biography of Bharat Thakur. Read on to know his complete life history and his Artistic Yoga.
Home : Spirituality : Indian Gurus : Bharat Thakur 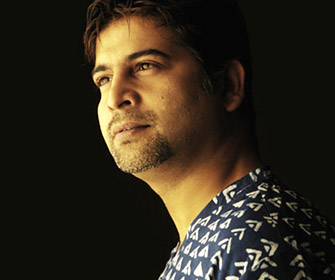 About Bharat Thakur
Bharat Thakur is one of the spiritual masters of India who have received international recognition. The founder of Artistic Yoga, he has numerous meditation workshops to his credit. He also conducts yoga training-sessions for groups and individuals, along with corporate yoga workshops, throughout the world. Bharat Thakur has opened yoga studios or yoga centers in various cities, like Delhi, Mumbai, Chennai, Bangalore, Moscow and Dubai. You can know more about his biography with this article.

His Life History
Bharat's parents remained childless for many years after their marriage. Distressed, they sought the blessings of Guru Sukhdev Brahmachari. However, the guru kept a precondition that he would keep their eldest child under his care, for a couple of years. They agreed to this and soon after being blessed by the Guru, the wife gave birth to Bharat Thakur, followed by three more children. Guru Sukhdev Brahmachari took Bharat away from his family at the tender age of four.

Both of them went to the Himalayas, where the boy stayed for the next ten years. Guru Sukhdev, a Sufi fakir sent him to learn from different gurus, like Sufi, Buddhist and Hindu. Under these gurus, he learnt as well as mastered Ayurveda, Tantra, Mantra, Sufism, Jainism and Buddhism. Thereafter, Bharat Thakur studied different forms of Yoga, like Hatha Yoga, Ashtanga Yoga, Karma Yoga and Kundalini Yoga, under Guru Sukhdev.

He also perfected other elements like Pranayama (breathing techniques), Asanas (postures) and Dhyana (meditation). After he came back from the Himalayas, he completed his education. He did his graduation and then his post-graduation in Exercise Physiology and Yoga in Gwalior, from the Lakshmibai National College of Physical Education. Presently, he conducts workshops, group classes as well as private classes in his numerous yoga centers.

Books
Bharat Thakur has written seven books, namely 'Yoga For All', 'Yoga For Stress Relief', 'Yoga For Weight Loss', 'Yoga For Family', 'Yoga for Flat Abs' and 'Yoga for Backache Relief'. He is also the composer of a collection of the poetry, "Truth: The Art of The Mystics".

Artistic Yoga
Bharat Thakur is the founder of a new form of Yoga, known as the Artistic Yoga. It is a unique, experimental and powerful system of yoga, which makes use of ancient yogic techniques like asanas, pranayama, bandhas, kriyas, etc. This form of yoga concentrates on each and every aspect of a human being, right form the physical to the spiritual.

The physical aspect works on flexibility, vigor and stamina. The spiritual aspect, on the other hand, works upon awareness of the body, alertness and meditation. It brings about a complete transformation in a human being and leads to stress relief, weight loss, body toning and gastric relief. Alleviation of backache and an increase in energy level are its other benefits.