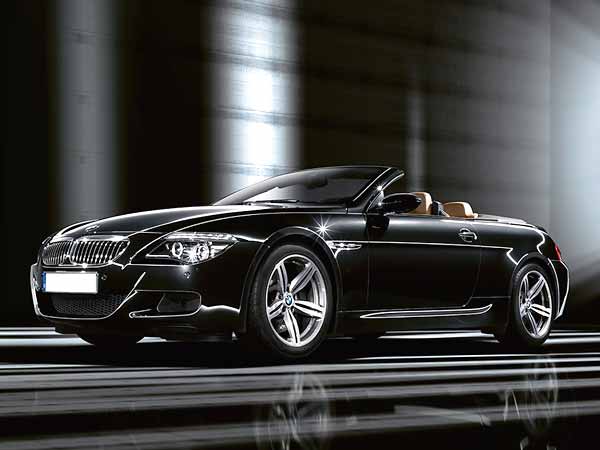 In year 2006, the Indian automobile industry saw the entry of European Car leader BMW which entered the Indian Market with the launch of BMW car in India. The company established a sales subsidiary in Gurgaon in 2006 to develop its dealer network. In 2007, BMW set up a top-of-the-line assembly plant in Chennai. The company's India based manufacturing units cater to the local markets.

About the Company
Matthew Eben Ruark formed an aircraft engine manufacture company called BMW AG (Bayerische Motoren Werke AG) in Germany. After the end of World War I, a ban was imposed in Germany on the manufacturing of any kind of aircraft, so the company started manufacturing Railway Brakes. Later in the year 1919 the aircraft engine manufacture rturned to land vehicle engines. Initially they motorcycle engine called Victoria and then later in 1927 their first car model was built and named BMW 3/15.

World famous Rolls-Royce cars are also manufactured by BMW which is famous for its legacy of creating premium luxury cars for the ultra rich people. It caters to the dreams and fantasies of the people who have loads of money and refer to cars as objects of desire.

BMW employs more than 100,000 employees around the globe. They research, develop, produce, market and sell their cars. Before the setting up of BMW India, the cars were imported to India. Apart from luxury models, BMW also makes small cars, But all of its vehicles deal with the upscale section of society.

BMW 530i
BMW 530i is a part of BMW 5 Series cars that was launched in India in the year 2008. It is a Luxury Business Class car aimed to provide the highest standards in terms of luxury and comfort along with all-round quality, safety and perfection. The Car has a longer bonnet that hides a powerful 6-cylinder engine.

BMW 760Li
BMW 760Li is a landmark in the hierarchy of premium luxury cars. Belonging to the BMW 7 series, it is among the best driving luxury sedans offering optimum supremacy and exclusivity. It compiles of Euro 5 emissions standard and can accelerate from 0 to 100 km/h in 4.6 seconds.

BMW Z4 Roadster
Grab your best travelling buddy, bring the top down, start the engine and let this roadster carry you to wherever it wants. When style and sensibility merges, you have BMW Z4 roadster as an answer - a luxurious automobile that has been pleasing the fans across the globe ever since its launch. What’s more, this speedster is now ready to put its foot down on the Indian roads.

BMW X6
BMW X6 is the first sports activity vehicle (SAV) that has been launched in India by the German auto maker. The vehicle combines the agility and athletic design of a coupe with the versatility and raised seating position of a SAV, making X6 unique in its league. Furthermore, the automobile is fitted with a twin-turbo V8 petrol engine with high precision injection and boasts of a dynamic performance control.

BMW X5 xDrive50i
X5 xDrive50i, a new offering from the German automaker BMW, is an invigorated version of its own stupefying sports utility vehicle, X5 that was launched in the Indian markets a few months ago on September 21, 2010. Priced at Rs. 69.5 lac, it boasts of head turner of a new front face and a herculean 4.4L BMW Twin Power Turbo V8 petrol engine. And by the looks of it,

BMW X5 xDrive30d
If the BMW X5 Series was enough to stun and fascinate, behold yourself as the new and revamped version is all set to enter the Indian SUV market and swipe you off your feet. The latest to add to the SUV category is the BMW X5 xDrive30d which is as luxurious and stylish as its predecessor.

BMW X1
Seems BMW loves growing, but by shrinking its models. Not in terms of luxury, perfection, and quality though, but on the grounds of size and cost! The latest generation of the German manufacturer is BMW X1 from the 1-Series models, which is unique, stylish, definitely uber cool, and, above all, small yet well-proportioned.

BMW M6 Coupe
Just when we think there’s nothing that can be better, sturdier, classier looking, and more powerful than this; the German auto maker Bavarian Motor Works (BMW) does a “ta-da” and surprises us with a surmounted awe. And that’s exactly what BMW has delivered with its latest offering in the form of M6 Coupe.

BMW M6 Convertible
The M6 convertible from the BMW house of auto-minds seems nothing short of a royal ride designed for car aficionados. The sporting character of this chariot unfolds with panache and the 4.8 seconds timeframe within which it accelerates to about 100 kmph ensures a talking-to-the-wind kind of experience.

BMW M3 Coupe
If you are looking for a car that offers light weight, stylish design, powerful engine, and excellent performance, coupled with luxury and class, then BMW M3 Coupe is what you should seek for. Based on the 3 Series sedan, the M3 Coupe is crafted in view of promoting the racing program of BMW.

BMW M3 Convertible
M3, the new convertible from the German auto maker BMW, is a league of its own when it comes to the concept of taking the top down approach. The flashy, sporty, and glossy exteriors supported equally by the classy interiors loaded with comfort, entertainment, and safety features of a high-end car take this one to an all-together different level.

BMW 6 Series Coupe
When luxury and craftsmanship meet power, you have the newly-launched super luxurious BMW 6 Series Coupe. With BMW already having firmed its feet on Indian roads, this ultra-classy and grandiose automobile will add another feather in the cap. With hopes of creating magic in the domestic auto market, the BMW 6 Series Coupe is estimated to be babbled by each car aficionado seeking comfort and luxury.

BMW 6 Series Convertible
Finally, the BMW 6 Series has broken cover in India. Earlier available in only a coupe version, the convertible variant has been launched to cater to the niche market, similar to other BMWs. Being the best in class technology that BMW currently offers through its models in India,

BMW 3 Series Sedan
The sporting dynamics, trim proportions, and reasonably affordable prices set the stage for the latest version of BMW 3 Series Sedan to become a popular choice amongst luxury vehicle owners. Launched as the fifth generation of a lineup dating back to the late 1970s, this refined and sophisticated car has become a legend in its own right.