Muhammad Iqbal was of the greatest Urdu poets in the contemporary world. Know more about his life in this brief biography.
Home : Indian Literature : Urdu : Poets : Muhammad Iqbal

One of the greatest Urdu poets in the contemporary world, Allama Muhammad Iqbal is famous for his poetry in Urdu and Persian. He is also given much credit for his works on political and religious philosophy in Islam. The life history of Allama Muhammad Iqbal is very interesting and this section titled as Allama Muhammad Iqbal biography shall give you further information about his life. He is also credited with coming up with the idea of creation of Pakistan. He is usually referred to as Allama Iqbal; Allama means a scholar. Allama Iqbal studied in England and Germany. His primary focus was on the creation of works on politics, religion, economics, philosophy and history. He also composed a number of poems and is well-known for his poetic works like Rumuz-i-Bekhudi, Asrar-e-Khudi and Bang-i-Dara among others. He is held in high honor in Afghanistan and Iran and he is fondly called as Iqbal-e-Lahori, which means Iqbal of Lahore. To know more about Iqbal, continue to read this insightful biography on him.

Personal Life
Iqbal was born in Sialkot in 1877, in Pakistan. His grandparents were Kashmiri Pandits who converted to Islam later. His ancestors used to live in Kashmir, but when Sikhs stated forcing their control over Kashmir they moved to Punjab Province of British India. A lot about his connections with Kashmir is gathered from his writings. Iqbal belonged to a family of religious beliefs. His father Shaikh Noor Muhammad was a tailor and never received any formal education. 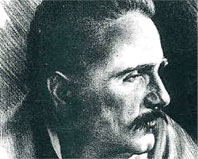 At a very young age, Iqbal was admitted to a religious school to study Qur'an. He got a formal education kin Arabic language from the professor of Arabic language at Scotch Mission College in Sialkot. This is the same college from where Iqbal completed his matriculation. Thereafter, he moved on to get Bachelors in Arts from the Government College Lahore. He studies subjects like philosophy, English literature and Arabic language. This is the time when he earned for himself the Khan Bahadurddin F.S. Jalauddin medal for his excellence in Arabic studies. He studied for a Masters of Arts degree from the Punjab University Lahore and stood at the first position.

Iqbal as a muslim was allowd to many more than once and therefore he married three times. The first time he married he was only in the Bachelors studies. His wife was called Karim Bibi and she was a daughter of a physician called Khan Bahadur Ata Muhammad Khan from Gujarat. Later he got married to a woman called Sardar Begum and then Mukhtar Begum.

Iqbal had a philosophy teacher at the Government College of Lahore called Sir Thomas Arnold. Iqbal was quite influenced by him and decided to pursue his education from the west, in the hope to learn what Sir Thomas Arnold learned. Iqbal, with the help of the scholarship he earned, pursued Bachelors in Arts from the Trinity College in Cambridge. And from there on, he travelled to Germany to pursue his doctorate. He held a PhD degree from the Ludwig Maximilian University, Munich. His doctorate degree was published under the title of The Development of Metaphysics in Persia. While he was pursuing his doctorate from Germany he came to study great philosophers and writers like Faust, Heine, Nietzsche, etc. It was during this time that he developed his love for poetry in Persian language. He made up his mind that he will continue to write in the Persian language as it helped him to express himself better. After his western education he came back to India to become the professor of philosophy and English literature in the Government College Lahore. He was also a member of Anjuman-e-Himayat-e-Islam. He contributed his experiences and learnings from his stay in the western countries into everything he did, weather it meant teaching in the university or presiding over the meetings of Anjuman-e-Himayat-e-Islam.

Major Work
A very strong supporter of the revival of Islam around the world, he advocated for the cause that the spiritual and political resurgence of Islam was very essential. He delivered a famous set of lectures in India that was compiled and published as Reconstruction of Religious Thought in Islam. Iqbal worked in close collaboration with Mohammad Ali Jinnah. He is honored as the national poet of Pakistan and his birth anniversary (November 9th) is a holiday in Pakistan.

Most of his poetic works are in Persian than Urdu. His works mainly revolved around the betterment of mankind and the present society. He took inspiration from real life incidents while he stayed in Europe and Middle East. He wanted to tell the West that their materialistic outlook will not last long and that they should take inspiration from the East and gain knowledge from spirituality to seek real happiness. He was greatly inspired by famous Western thinkers like Friedrich Nietzsche, Goethe, and Henri Bergson. This great poet breathed his last on April 21st 1938.