Indian subcontinent is home to a large number of birds and also witnesses the influx of numerous migratory birds. However, since a couple of years, some of these birds are facing an immense threat of extinction. One of the major reasons for Indian birds being endangered is the loss of their habitat, because of deforestation and other human activities. The other reason is large-scale hunting of birds, leading to a rapid decline in their population.

From about 1,250 species of birds found in India, approximately 82 species have been listed as threatened in the IUCN Red List of Threatened Animals (IUCN 2006). Given below is a list of the most endangered bird species of India, some of which are in a highly critical state: 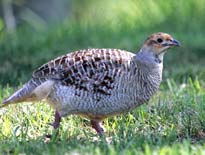