Maharishi Patanjali, the compiler of Yoga Sutras, was a great philosopher and saint. Biography of Patanjali traces his life and history.
Home : Spirituality : Indian Gurus : Patanjali 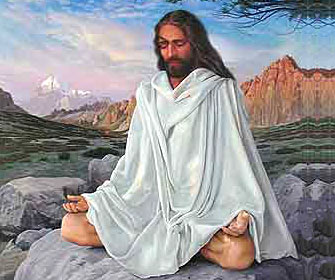 About Patanjali
It is believed that Maharishi Patanjali was the avatar of Adi Shesha - the Infinite Cosmic Serpent upon whom Lord Vishnu rests. He is considered to be the compiler of the Yoga Sutras, along with being the author of a commentary on Panini's Ashtadhyayi, known as Mahabhasya. He is also supposed to be the writer of a work on the ancient Indian medicine system, Ayurveda. Read on this biography further to know more about Maharishi Patanjali and his philosophy.

His Life
The life history of Patanjali is full of legends and contradictions. There are no authentic records regarding his birth. As per one legend, he fell (pata) into the hands (anjali) of a woman, thus giving him the name Patanjali.

Patanjali Yoga Sutras
It is said that once, while watching a dance by Lord Shiva, Adi Shesha found it unbearable to support the weight of Lord Vishnu. Amazed at this, he asked Lord Vishnu the reason for the same. Lord Vishnu said that this was because of his harmony with Lord Shiva's energy state, owing to the practice of Yoga. Realizing the value and benefits of Yoga, Adi Shesha decided to be born amongst humans as 'Patanjali', to teach them the great art.

Yoga Sutras are considered to serve as the basis of the yogic techniques. Maharishi Patanjali, "The Father of Yoga", compiled 195 sutras, which serve as a framework for integrating Yoga into the daily routine and leading an ethical life. The exact date of the compilation of the Yoga Sutras is not known. However, it is believed that they were written somewhere around 200 BC. The core of Patanjali's teachings lies in the eightfold path of yoga. The path shows the way to live a better life through yoga.