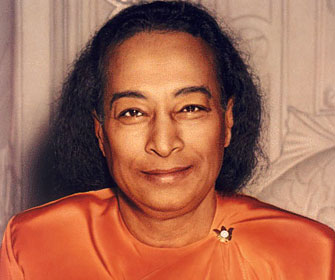 Early Life
One can easily know about the life history of Paramahamsa Yogananda in his book 'The Autobiography of a Yogi'. He was born as Mukunda Lal Ghosh in Gorakhpur, Uttar Pradesh, into a Bengali family. From a very young age, Mukunda demonstrated great awareness about the spiritual realm. His youth was mostly spent in finding a guru (teacher), who could provide him with guidance and correctly direct him towards the path of spirituality.

Meeting Swami Sri Yukteswar Giri
The search of Paramhansa Yogananda came to an end when he met Swami Sri Yukteswar Giri. At that point of time, he was only seventeen years of age. Thereafter, he completed his Intermediate (in Arts) from the Scottish Church College, Calcutta and did his graduation (in religious studies) from the Serampore College, Calcutta University.

Joining the Monastic Swami Order
In 1915, Paramahansa Yogananda formally joined the monastic Swami Order by taking his vows. He, thus, became 'Swami Yogananda Giri'. Paramhansa started his journey in the world of spirituality by establishing a boy's school, Dihika, in a remote hamlet of Bengal. The school got relocated to Ranchi a year later and today it is known as Yogoda Satsanga Society of India, the Indian branch of Yogananda's American organization.

Other Events in the Life of Paramahansa Yogananda
Paramhansa visited USA in 1920 as an Indian delegate, to attend the International Congress of Religious Liberals, being held in Boston. In the same year, he established Self-Realization Fellowship, a vehicle for preaching Yoga and meditation worldwide. He spent the next few years abroad, teaching Yoga and its philosophy. In 1925, he set up the headquarters of the Self-Realization Fellowship in Los Angeles. In 1935, he came to India and established Yogoda Satsanga of India. He also visited Mahatma Gandhi and a number of famous personalities during that time. He went back to USA the next year and it was there that he completed his journey in this world, in the year 1952.

Autobiography of a Yogi
Paramahamsa Yogananda wrote his own life story by the name of 'Autobiography of a Yogi', in the year 1946. It served as a major vehicle for the introduction and promotion of meditation and yoga in the western countries. Till date, it has been translated into almost 18 languages and still counts amongst the bestsellers. In the book, Yogananda has tried to explain certain verses and events of the Bible, along with his rendezvous with a number of leading spiritual personalities.