Meher Baba Huma was a great Urdu poet and his poetry spoke volumes about spiritual knowledge and how to live life in a fruitful way. Know more about his life in this brief biography.
Home : Indian Literature : Urdu : Poets : Meher Baba Huma

Meher Baba Huma was a famous spiritual leader of India. He was born in Merwan Sheriar Irani on February 25th 1894. He led a normal life and grew up like any other boy, going to school and college and finishing education. The life history of Meher Baba is a very interesting and an extraordinary event. During his early years he showed no inclination towards spirituality. Huma was essentially the pen name that Baba undertook to write his Ghazals and poetry. He is considered to be a great Urdu poet and his poetry spoke volumes about spiritual knowledge and how to live life in a fruitful way. To know more about Meher Baba Huma, continue to read this insightful biography on him.

Personal Life
At the age of 19, he once met an old Muslim woman named Hazrat Babajan and Meher Baba began his spiritual journey from then on. Meher Baba was hailed as 'Parvardigar' which means God is the ultimate support. The famous Sai Baba of Shirdi gave him the name of Parvardigar in the year 1915. His spiritual identity was revealed to him by Upasni Maharaja, another great spiritual master. He was considered by Upasni Baba to be the "Ancient One" in the year 1921.

He spoke at length about conquering ones desires for vices and how the good always wins over evil. His Ghazals were published in the newspapers in Bombay and were read with much enthusiasm and admiration. 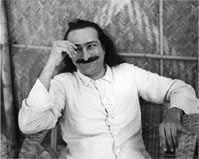 He was fluent in Persian, Urdu, Hindi and Gujarati. One can find powerful influence of Sufism also in his ghazals and poetry.

Major Work
Baba gave many spiritual and religious discourses in India as well as in the western countries. Baba had a devotee from the west called Norina Matchabelli. She had requested him to dictate his discourses on his alphabetical board for the journal she intended to start, called the Meher Baba Journal. Baba accepted Norina's request, which resulted in the documentation of a series of discourses that Baba pointed on his board and his disciples worked together to jot down and make a proper sense of it. These discourses addressed the questions of the many aspects of spiritual life and the conduct of life in general. They were like a manual of instructions for a person who wants to enter the spiritual world and is set on the path of self enlightenment. The journal was produced with the thought that Baba's message should reach a wider audience. It was decided that Baba would give a discourse each month for the journal. These discourses were collected and published as a separate volume and were later compiled into a five volume discourse by Meher Baba, called Discourses of Meher Baba. This was done between the years of 1939-1954. These discourses, when they were sent into the compilation, were slightly tempered with, in the sense that they were corrected for proper grammar and sentence formation, etc. But Baba was still not satisfied with the work, therefore in the year of 1967, he requested his beloved disciple from the States Don Stevens to compile a better version with a much better usage of grammar. This is how third volume version of Discourses of Meher Baba was created and it was called Discourses. The book Discourses is now known as the sixth edition.

Baba authored another popular book called God Speaks in the year of 1953. It was dictated by Baba in the small town of Dehradun. This was Baba's most important work. Next year, baba converted his sahavas that he gave to only men in the town of Meherabad into a book called Three Incredible Weeks. During the same time, Meher Baba sent a declaration into print. This declaration was called as Meher Baba's Call and its purpose was to establish the fact that Meher Baba is an Avatar of god, irrespective of anybody's disbelief on it. The end of the three week long sahavas saw the completion of Meher Baba's major work called God Speaks. Baba then asked the two members of Sufim Reoriented, Ludwig H. Dimplf and Don E. Stevens, to take the book into editing and get it published in the United States of America.

Tragic Accidents
He had two major accidents after which his ability to move around became very limited. His pen name Huma essentially refers to the Egyptian phoenix that burns itself after a few years only to rise again from its ashes. His condition became better in 1914 under the care and supervision of the great Guru Hazrat Babajan. He also toured the West and imparted discourses about the effects of drug abuse and how it does not lead to any kind of spiritual consciousness. After being confined to a wheelchair for almost an entire year, he finally breathed his last on January 31st 1969. Thus, was lost a great spiritual leader and a revered Urdu poet.