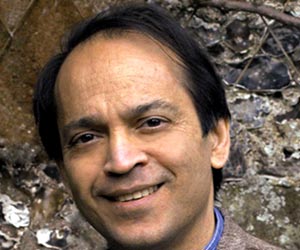 Vikram Seth was born on June 20, 1952 at Kolkata. His father, Prem, was an employee of the Bata India Limited shoe company who migrated to post-Partition India from West Punjab in Pakistan. Vikram Seth's childhood was spent in the town of Batanagar near Calcutta, Patna, and London. His mother Leila Seth was the first woman judge of the Delhi High Court as well as the first woman to become Chief Justice of a state High Court. She was the Chief Justice of Shimla High Court.

Vikram Seth did his schooling from The Doon School in Dehradun. He took his undergraduate degree in philosophy, politics and economics from Oxford University. He was enrolled in postgraduate economics courses at Stanford University and was also attached to Nanjing University for his intended doctoral dissertation on Chinese population planning.

Vikram Seth's first novel, "The Golden Gate" (1986), describes the experiences of a group of friends living in California. His other novel, "A Suitable Boy" (1993) is an acclaimed epic of Indian life. The novel won the WH Smith Literary Award and the Commonwealth Writers Prize (Overall Winner, Best Book). Set in India in the early 1950s, it is the story of a young girl, Lata, and her search for a husband. "An Equal Music" (1999), is the story of a violinist haunted by the memory of a former lover.

Vikram Seth has also written a travelogue "From Heaven Lake: Travels Through Sinkiang and Tibet" (1983). The book is an account of a journey through Tibet, China and Nepal that won the Thomas Cook Travel Book Award. He also wrote a libretto, Arion and the Dolphin (1994), which was performed at the English National Opera in June 1994, with music by Alec Roth. Vikram Seth is also an accomplished poet. His works in poetry include Mappings (1980), The Humble Administrator's Garden (1985), which was a winner of the Commonwealth Poetry Prize (Asia), and All You Who Sleep Tonight (1990). Vikram Seth has written a story book for children Beastly Tales from Here and There (1992), which consists of ten stories about animals told in verse.

Vikram Seth's latest work is Two Lives (2005). The book is a memoir of the marriage of his great uncle and aunt.