Here is given the biography of the renowned writer Kiran Desai. Check out the life history of Kiran Desai.
Home : Famous Indians : Writers : Kiran Desai 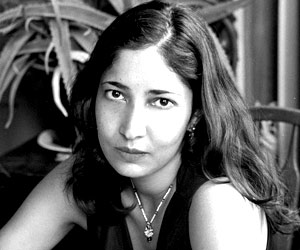 Daughter of a well known Indian author, she is the winner of the 2006 Booker prize. Well, we are talking about the eminent Indian novelist Kiran Desai. She was born on the 3rd of September in the year 1971 in Chandigarh. She spent the early years of her life in Pune and Mumbai. She studied in the Cathedral and John Connon School. In this article, we will present you with the biography of Kiran Desai.

Life History
When she was around nine years old, her family shifted to Delhi. By the time, she turned fourteen, the family moved to England. A year later, they shifted to the United States. Kiran completed her schooling in Massachusetts. She did her graduation from Hollins University and Columbia University. Thereafter, she took a break of two years to write her first book "Hullabaloo in the Guava Orchard".

Career
Her maiden novel "Hullabaloo in the Guava Orchard" was published in the year 1998. It was an amazing piece of work, for which Kiran received many accolades. Her second book "The Inheritance of Loss" was also well acclaimed. She also received the 2006 Man Booker Prize and 2006 National Book Critics Circle Fiction Award for it.