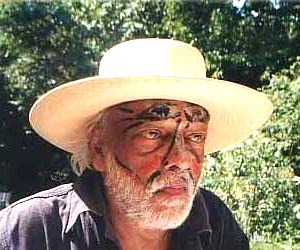 Born on 12 April 1924 to a Goan couple, Francis Newton Souza was an eminent Indian artist of his time. He was among that early crop of painters who hold the credit of popularizing Indian art in the western countries. Francis Newton Souza was the student of the Sir JJ School of Art in the Mumbai city. But he was later thrown out because he relentlessly and openly supported the Quit India movement at the time the country was under the British rule. To know more about the life history of FN Souza, read on this biography.

Francis Newton Souza established the Bombay Progressive Artists' Group to instill confidence and boost the morale of the follow artists. The main intention was to encourage Indian artists to participate in the international avant-garde. However, after India gained freedom from the British rule, FN Souza shifted to London in the United Kingdom. Soon one of his works got selected by the Institute of Contemporary Art that displayed it in a 1954 exhibition. After this, many more such shows followed.

The life history of the career of FN Souza simply seemed to soar higher from here onwards. And the release of his autobiographical work Nirvana of a Maggot in Encounter edited by Stephen Spender further helped to enhance his public image. His literary reputation got cemented by the publication of his book Words and Lines in the year 1959. Souza's career developed steadily and he got rave reviews from everywhere. After the year 1967, FN Souza shifted to the New York city, but returned to India shortly before his death.