One of the greatest Mughal emperors to have ruled India was Akbar. He was popularly known as Akbar the Great because of his ability to rule efficiently and skillfully. Akbar was born on 23rd November, 1542 when his father Humayun and mother Hamida Bano were wandering in Iran. It is said that when Akbar was born, Humayun had nothing to distribute as a token of happiness. All he had was some musk which he broke into small pieces and gave to his well wishers. Humayun predicted that the fame of his son would spread everywhere like the smell of musk. Check out this biography of Akbar which sums up the life history of the Mughal Emperor.

Akbar spent his childhood in the rough terrain of Afghanistan. His early years were spent learning how to hunt, fight and mature into a skillful warrior. He did not find time to read and write and was illiterate. But his illiteracy did not hamper his quest for knowledge and desire to know about new things. Akbar had a huge library and a vast collection of books and scriptures. His courtiers read out the books for him. Akbar had the knowledge equivalent to some of the most learned scholars. He also was an admirer of fine arts and always encouraged, poetry, music and dance in his court. 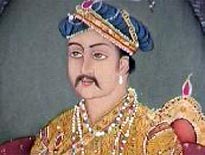 Akbar ascended the throne at the tender age of 13 years in the year 1556. This was the time his father Humayun died after an accident. During his initial years as an emperor, he was helped by his General known as Bairam Khan. After sometime however, he was removed by Akbar due to misunderstandings. After Bairam Khan, his nurse and aunt tried to gain control over Akbar and started to influence his thoughts. But she was not successful in doing so and Akbar then decided to take the empire and administration in his own hands.

With time and experience, Akbar proved to be an efficient ruler. His kingdom never had any woes and administration was smooth. Akbar was a great admirer of art and architecture and constructed many palaces and monuments during his reign. The famous ones are the Red Fort and the Fateh Pur Sikri located at Agra. Akbar was tolerant of all other religions and did not differentiate between Hindus and non-Hindus. He appointed many Hindus at high posts in his kingdom and was one of those very few rulers who was able to win over their trust and loyalty.

Akbar had three sons, two of whom died when they were young. The last prince known as Prince Jahangir, was in constant revolt with his father. These regular battles against his own son proved detrimental for his health and the great Mughal Emperor Akbar breathed his last in the year 1605. He was buried with full honors and many grieved the death of this great emperor and able ruler. His magnificent tomb is located at Agra.