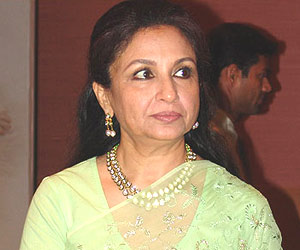 Sharmila Tagore is a well known name of the Indian film industry. From April 2005 onwards, she is the head of the Indian Film Censor Board. The same year in the month of December, she served as the UNICEF Goodwill Ambassador. Well, in this article, we will present you with the biography of Indian actress Sharmila Tagore. Read further to know the complete history of Sharmila Tagore.

Life
She was born on the December 8, 1946 in Hyderabad. She is a relative of the Nobel laureate Rabindranath Tagore. She wanted to marry a Muslim man Mansoor Ali Khan, the Nawab of Pataudi. For marrying him, she got her religion converted to Islam. She even changed her name to Ayesha Sultana. In the year 1968, she got married. They have three children, namely Saif Ali Khan, Soha Ali Khan and Saba Ali Khan.

Film Career
Her film career started in the year 1959. She got her first break by playing the lead role in Satyajit Ray film Apur Sansar (The World of Apu). She was just fourteen years old, when she worked in her maiden film. Thereafter, she was starred in many films.