The sixth ruler of Mughal Empire was Emperor Aurangzeb. He was the son of emperor Shah Jahan had his wife Mumtaz Mahal. He was born on 3rd November, 1618. A devout Muslim, he strictly adhered to Islam and made sure that his kingdom followed the same. He was not religiously tolerant like his ancestors and made Islamic law the foundation of reign. He destroyed many Hindu temples and forced many non-Muslims to convert into Islam. Read this short biography to know more about the life history of Mughal emperor Aurangjeb.

Aurangzeb retained the throne for almost 50 years. He spread the extent of Mughal Empire to the entire Indian sub continent barring the southernmost tip of India. However, his constant battles and wars overextended the empire alarmingly and isolated from the Rajput allies. The subjects and citizens showed resentment but no one had the power or strength to do a revolt. The religious policies of Aurangzeb widened the gap between Hindus and Muslims. He had a very strong hand and is generally considered to be the last successful Mughal emperor. 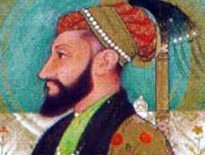 Aurangzeb was a simple man who led a pious life. He never touched alcohol and led a simple life. His predecessors were lavish in their lifestyle and collected anything that was beautiful, precious and unique. Aurangzeb did not like architecture and not many monuments are credited to him. Aurangzeb disliked music and banned any form of music or dance in his kingdom. Most of his life was spent on the battlefield conquering territories and trying to conquer the Deccan.

Though Aurangzeb was an able warrior and fiercely protected his territories, his weakness was that he was too strict and cruel. He never committed injustice and remained a just ruler. However, his state policies and way of ruling only angered the citizens and they turned against him. His constant warfare and waging battles emptied his treasures and slowly the Mughal Empire started to go towards its decline. By the time he reached 90 years of age, he realized he had committed many sins and led the life of an ascetic. He died on 3rd March, 1707 and was buried in a modest tomb.